Having now been on sale as a luxury SUV favourite for four years, Jaguar have refreshed the classic F-PACE with the Chequered Flag treatment.

The Chequered Flag trim level has already been seen on the Jaguar XE and XF, while the smaller E-PACE has since been released in a similar guise as its bigger SUV brother.

Taking the R Sport trim as a base, the F-PACE Chequered Flag Edition comes with a host of extra cosmetic and trim upgrades to set it apart from the rest of the range.

From the outside, it’s most clearly distinguished from other models by the front bumper, which is lifted from the sporty F-PACE S, while the rest of the body kit is carried over from the R Sport.

A unique difference would be that the usual brightwork of the F-PACE is missing – instead, the grille surround, side window trims, door claddings, roof rails, and side vents, which also feature an integrated and unique Chequered Flag badge, are all finished in gloss black. 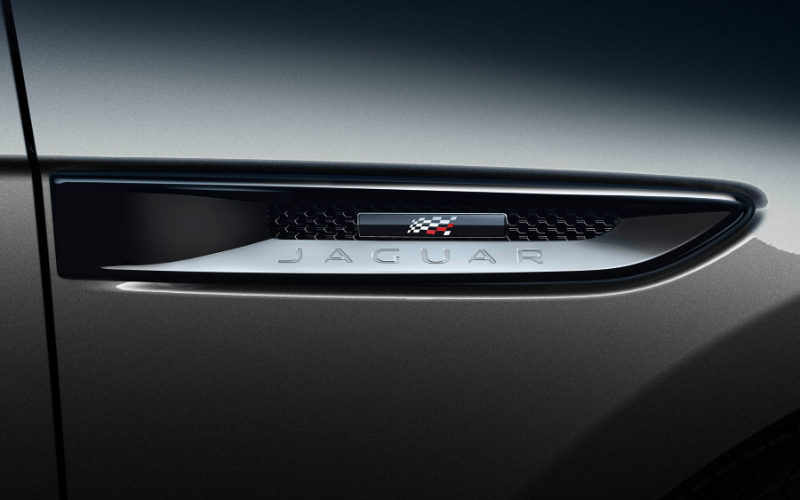 The standard 20-inch wheels, or upgraded model’s 22-inch alloys, are finished in a similar shade. There are three luxury paint finishes to choose from for the Chequered Flag Edition: Yulong White, Santorini Black and Eiger Grey.

When you open the doors and you’re greeted by special treadplates on the sills, while the interior upholstery and roof lining are all finished in black. 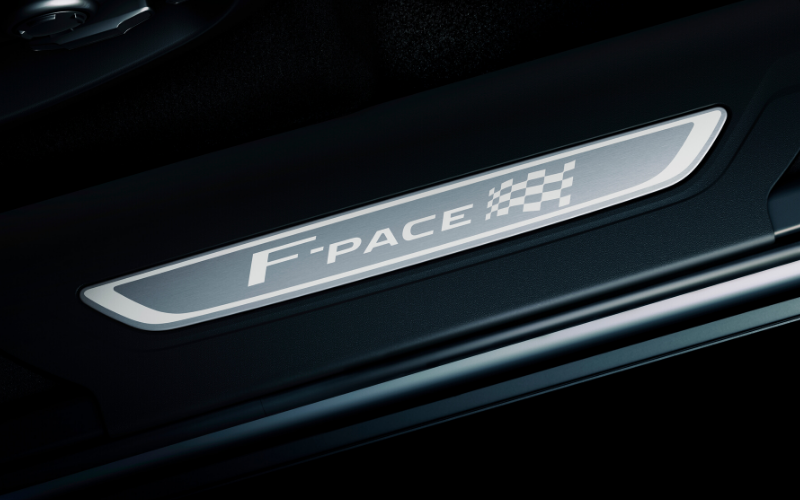 As a contrast to the sleek and sporty darkened look, is the bright silver/cream ‘Oyster’ stitching and the meshed aluminium trim panels. 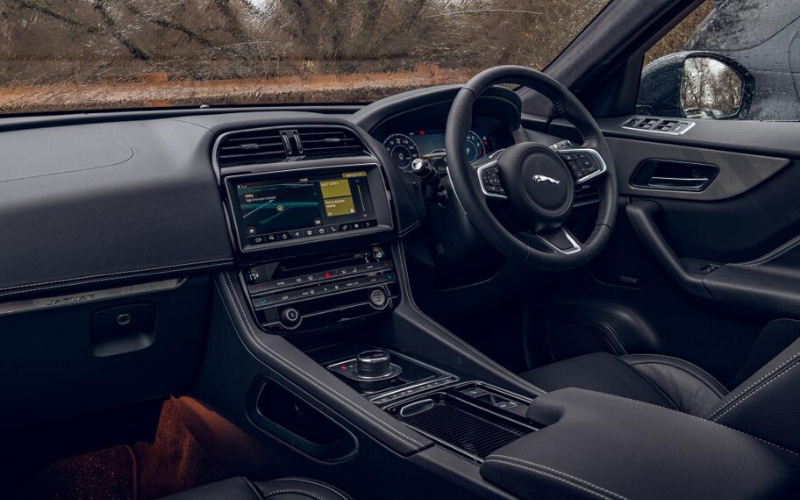 Beyond these cosmetic enhancements, the standard kit list for the Chequered Flag Edition is boosted beyond the standard R Sport, too.

A large panoramic roof is standard, with an electric screen to open or close as you please, as is a heated steering wheel, a heated windscreen and electrically adjustable front seats.

Jaguar have also upgraded the infotainment systems throughout the F-PACE line-up to include both Apple CarPlay and Android Auto, while the 10-inch touchscreen infotainment system and the 12.3-inch digital driver’s display are the fanciest available in the range and across the SUV market. 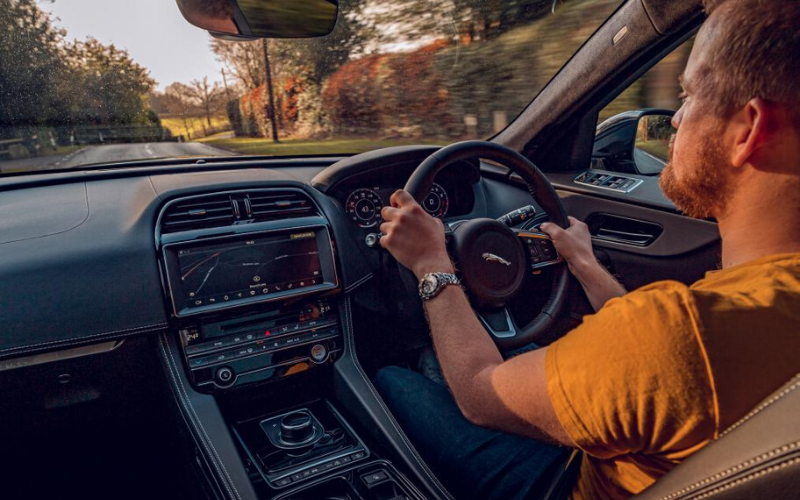 With the Jaguar F-PACE Chequered Flag Edition, drivers are offered the choice of one petrol and two diesel engines. The diesels are both four-cylinder units, producing 178bhp (D180) and 237bhp (D240), with the lower version capable of up to a respectable 41.9mpg for a large SUV.

The interior space of the F-PACE is clearly that of a premium SUV; both leg and headroom are generous and ultra-comfortable, while the ambient light striping detail within the car provide a luxury touch at night.

It’s better still in the boot, where the 650-litre load volume is class leading. Jaguar boot accessories are also available, such as a quilted luggage compartment liner - to keep the dog’s muddy paws from ruining the fabric! 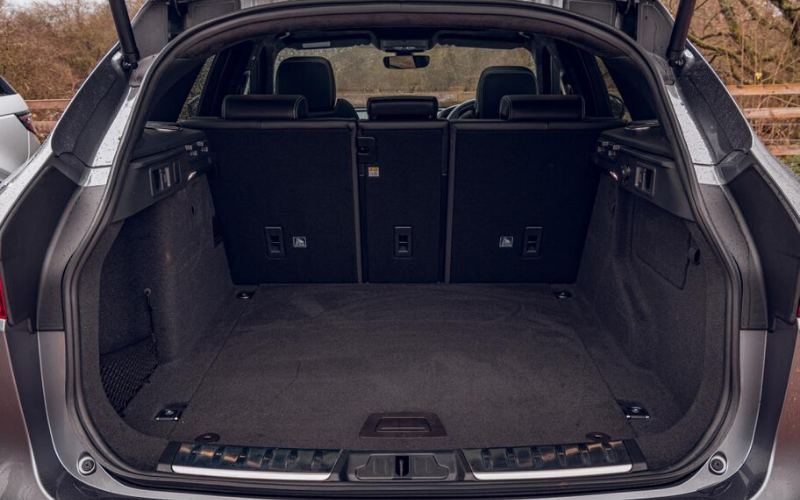 At that figure, the F-PACE represents pretty good value for money considering the amount of luxury extras added (Jaguar have declared that the extra equipment over and above the R Sport is worth £5,810, but the price has only risen by £3,400.)

Take a look at the all-new Jaguar F-PACE and the Chequered Flag Edition available now –  enquire about one of our amazing deals here at Farnell Jaguar: